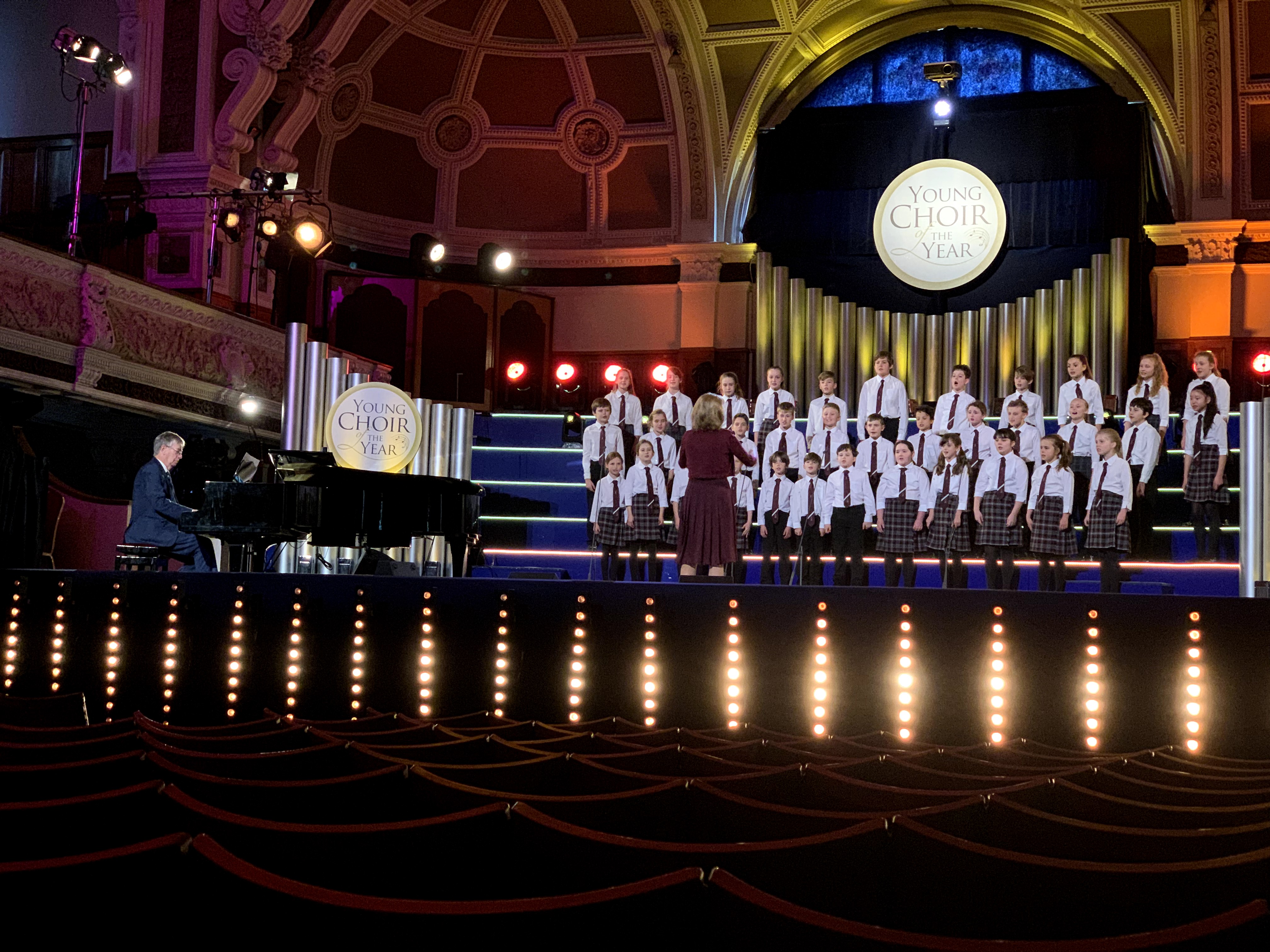 We are very proud of our Kent College Choristers who, following a recording session last November, were one of only five choirs to be selected for the televised rounds of the BBC Songs of Praise Young Choir of the Year 2019. This is the second year running that the Choristers have reached this stage of the competition and they were the only choir from last year’s competition to appear a second time.

A team from the BBC visited the school a few weeks ago to film the Choristers as part of the background to the programme. They also interviewed some of the children, as well as their Director Jackie Spencer and Deputy Head Simon James.

Last weekend the Choristers travelled up to Bolton for the filming of the actual competition. They had a great time meeting the other choirs and singing a worship song as part of a massed choir.

They sang their hearts out in the competition, but you will have to wait until it is broadcast to find out the result! The programme will go out on 19th May on BBC 1, exact time to be announced.