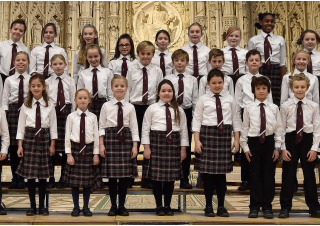 On Monday 12th March Kent College's Choristers performed in the final of the Barnados National Choir Competition on the prestigious stage of London's Royal Festival Hall. Competing with no less than 17 other Junior School Choirs who had already been selected from a highly competitive national field, the Choristers were awarded the honour of 2nd place. This is an exceptional achievement and during the evening concert, their performance of 'God Help the Outcasts', which included some lovely solo singing from Isabella, Lauren, Grace and Samuel, was magical. Well done to Jackie Spencer, along with all Junior School and Year 7 Choristers on a well-deserved award winning performance. We are all very proud of you. Now for BBC Songs of Praise Choir of the Year on Saturday 21st April!