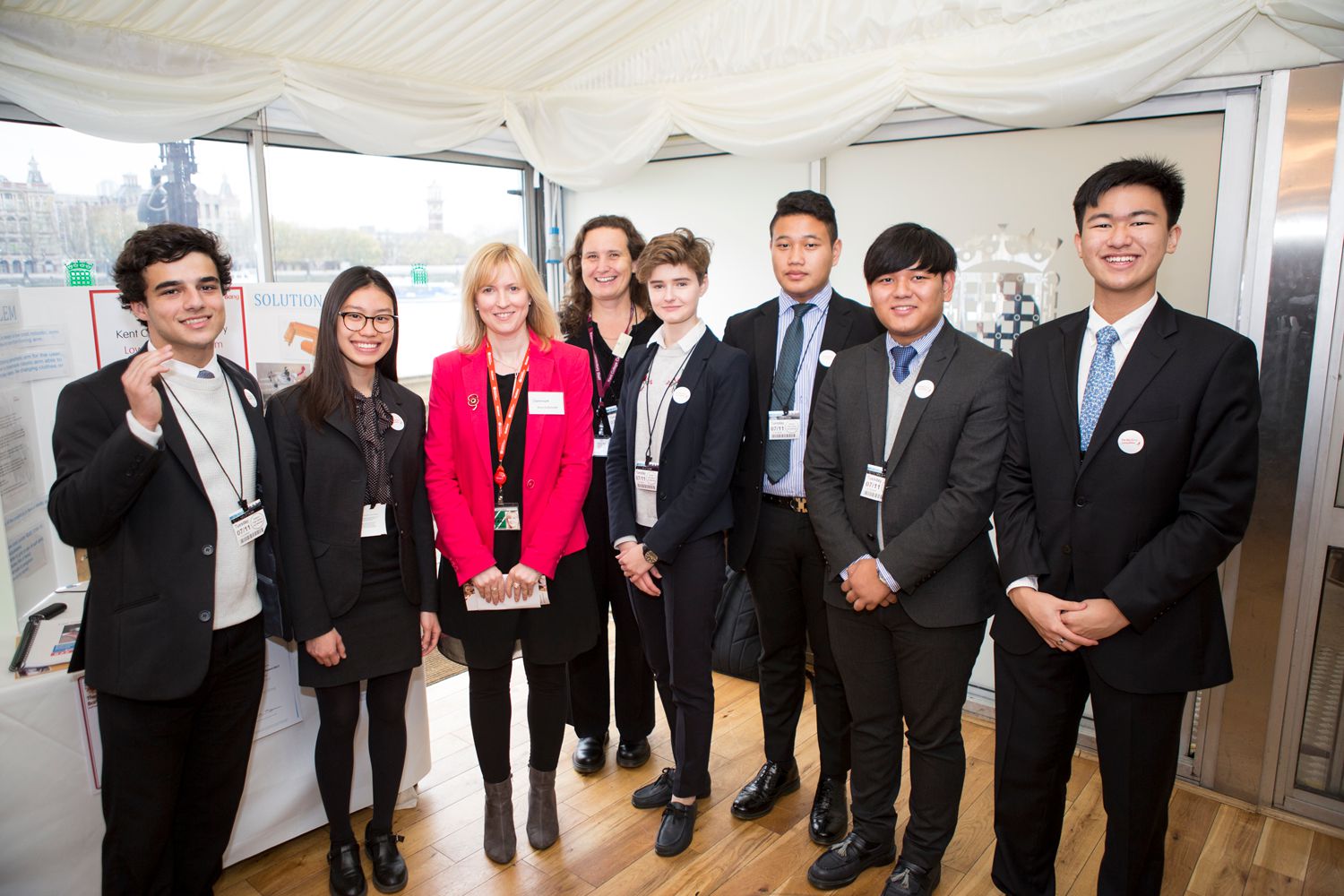 THE LOW COST ROBOTIC HAND: AN INNOVATIVE IDEA TO IMPROVE THE LIVES OF MANY, FROM KC STUDENTS. The Engineering Education Scheme provided by the Engineering Development Trust is a six month project for six Kent College pupils. The team were given a real life engineering problem to solve by their company mentors. The 2016/17 team were given the task of designing a low cost robotic arm by BAE systems. They presented their final project to a panel of industry experts at the University of Kent in May. The team won the contribution to business award for their project and went on to win the regional finals in London and then recently the National finals .
As well as trophies and certificates, they also won an Off Road Experience with Land Rover, which they will take up in the New Year.
At The Big Bang Science Fair In June, where they won the South East Young Engineers of the Year award and they will be attending the national final of this competition in March 2018.
On the 7th November they attended the Houses of Parliament to showcase their project at The Big Bang @ Parliament, in celebration of Tomorrow’s Engineers Week. They were invited by Stephen Metcalfe MP on behalf of The Parliamentary and Scientific Committee with EngineeringUK. They discussed their project with many guests from Industry and Education and MPs, including our local MP, Rosie Duffield.
The team hope the robotic arm could be evolved to help those around the world who would be unable to access the expensive models currently available.
To progress this aim, the team contacted the charity “Opening your heart to Bhutan” who endorsed the project as they recognised “that the key advantages of the design are its simplicity, lightness and cost, all of which are critically important elements for those young people our charity aims to help”
We are looking forward to supporting the team in the Young Engineers of the Year Award final next March at the NEC in Birmingham.

Owing to the global pandemic the school campus is temporarily closed and all our students are continuing their studies through our KC Online Learning site. You can still visit our 80 acre campus by viewing our virtual tour below.

We are open for rebooked socially distanced tours of the Senior School.