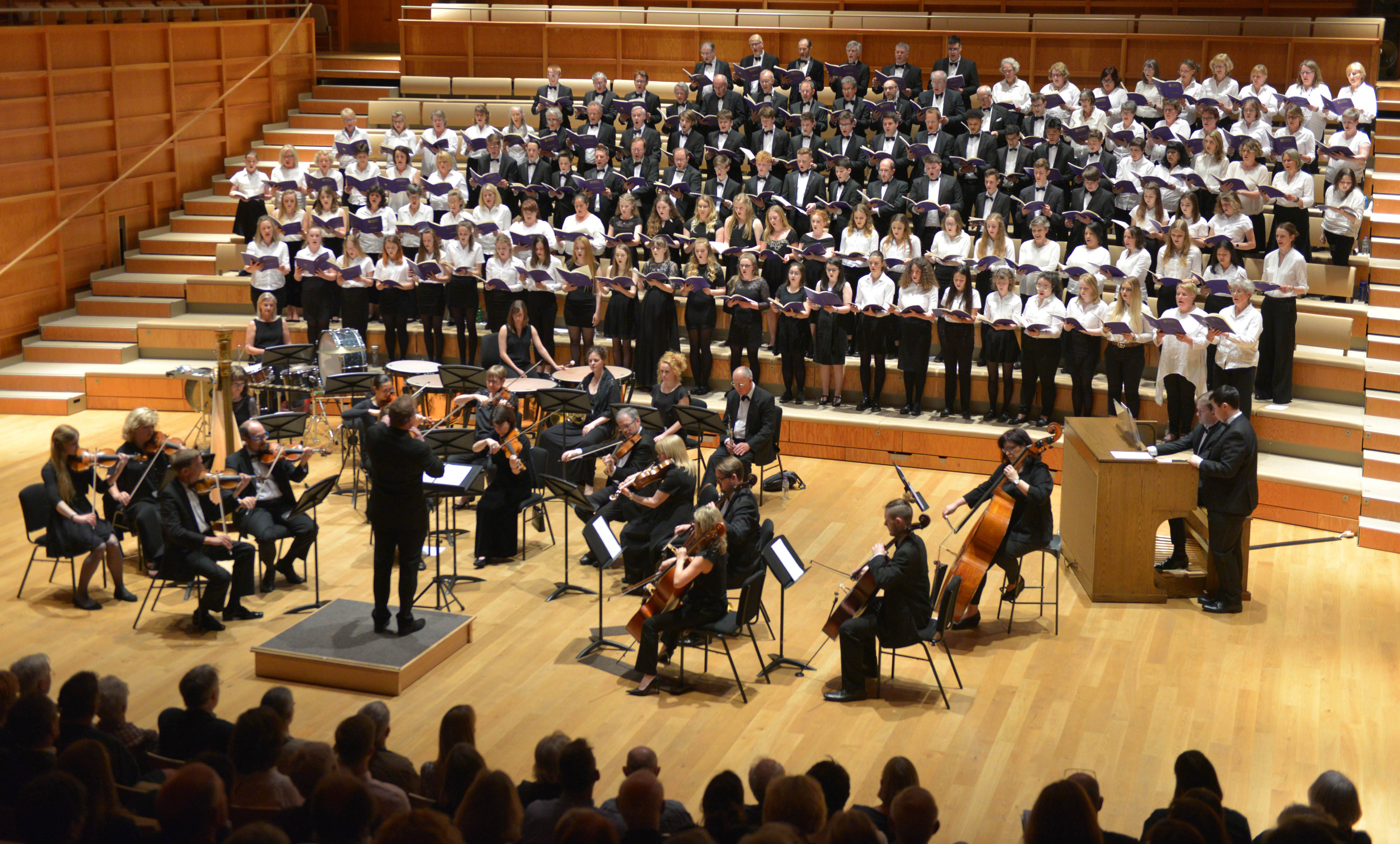 A most uplifting concert took place at the Colyer Fergusson Hall on the evening of Sunday 22nd April when Sedecim, Senior Choir and the Choral Society made up of parents, Old Canterburians and former members of staff all joined forces to perform Dan Forrest’s ‘Requiem for the Living’. This poignant work has seldom been performed in the UK, and the choir and orchestra fully captured the drama and contrasting emotions throughout. In contrast to the newer work of Dan Forrest, the first half opened with a rousing rendition of Beethoven’s heroic Egmont Overture by the school orchestra before we heard solo performances from senior Year 13 Music Scholars. Hattie Adley’s beautifully poised playing of Johan Svendsen‘s 'Romance' balanced perfectly with Mendelssohn’s vocal quartet ‘Oh Come Ev’ryone that Thirsteth’, sung by Olivia Earl, Tara Woodley, Joseph Hearnden and Christopher Noy. In honour of the 100th anniversary of the death of Sir Hubert Parry, which will be commemorated later this year, the full power of the combined choral forces sung his eight part setting of Milton’s Ode, ‘Blest Pair of Sirens’, bringing the first half to a close in a blaze of glory. This concert was the culmination of much hard work from many people, so congratulations to everyone for making the evening such a splendid highlight in the musical calendar.