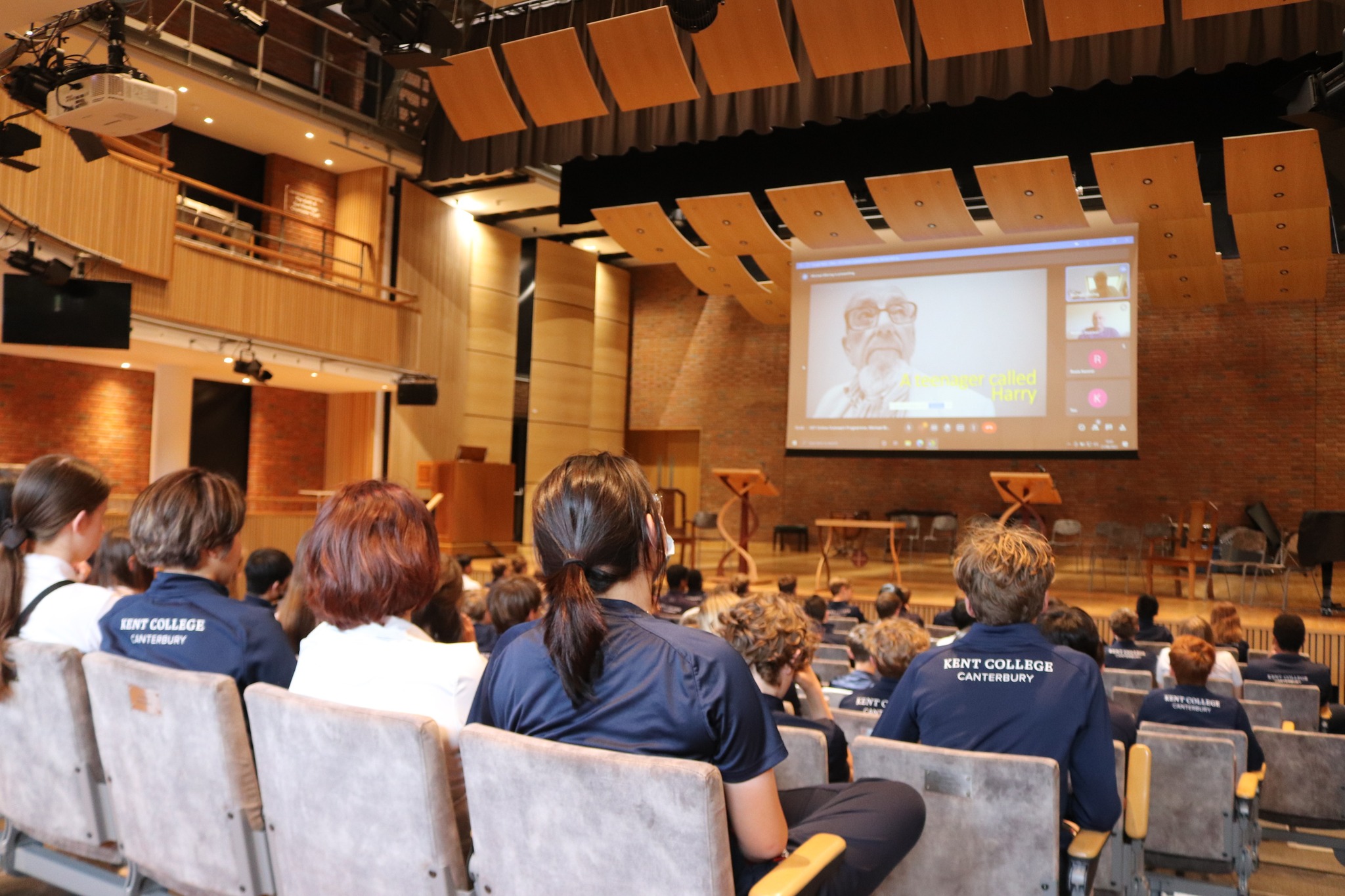 Our Year 9 pupils were invited to hear a Second Generation Holocaust survivor speak. Michael Bibring joined us virtually in the Great Hall to share the testimony of his late father Harry Bibring, who escaped his childhood home of Vienna and came to the UK on the Kindertransport. Footage of Harry himself telling his own story was used throughout Michael's presentation, which was very poignant and helped our pupils to understand the context for their learning, providing them the opportunity to learn about such an important part of history from outside of a textbook.