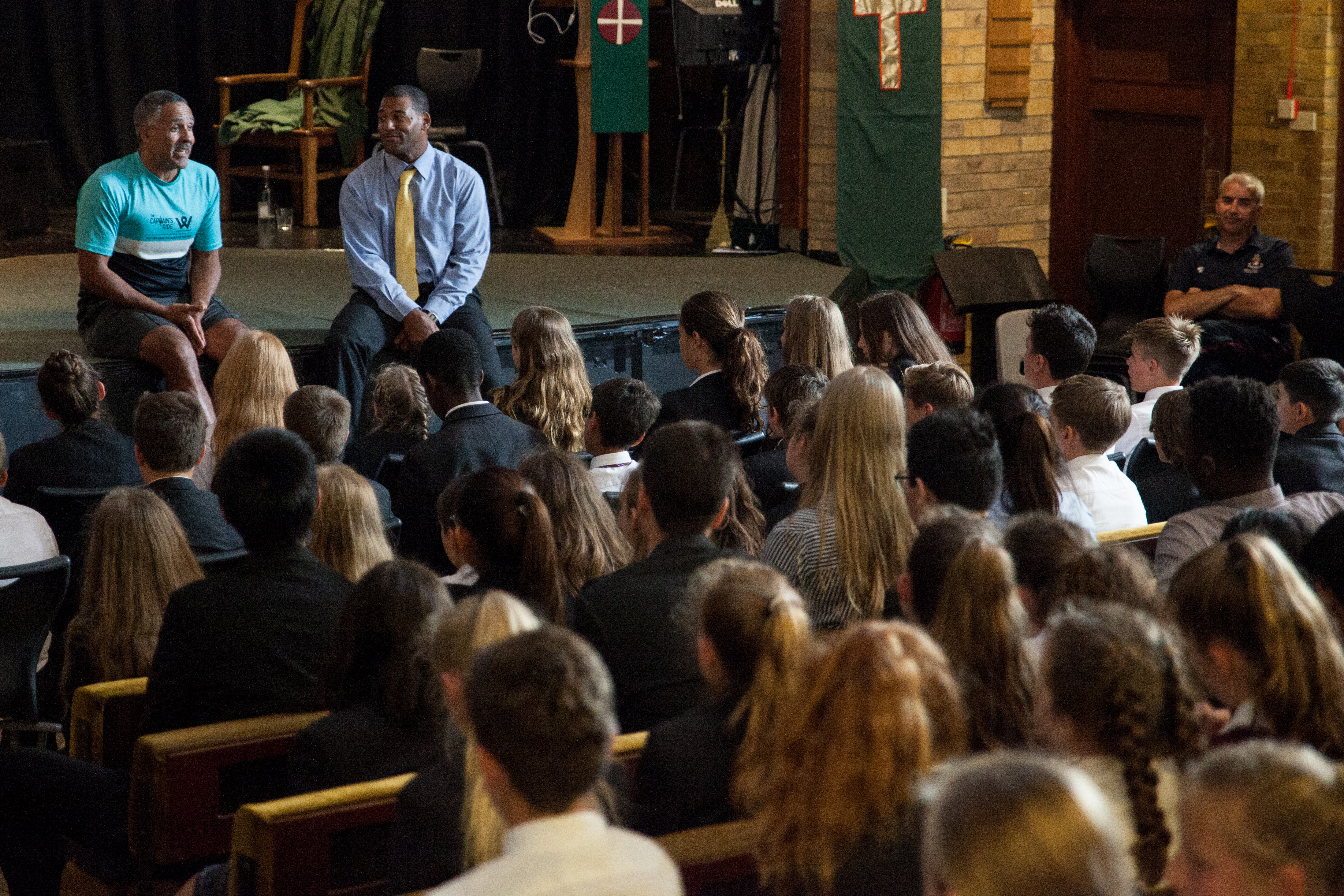 We had the very special honour of meeting the British former decathlete, Mr Daley Thompson, CBE.
Daley Thompson has won the decathlon gold medal at the Olympic Games in 1980 and 1984, and broke the world record for the event four times. He is considered by many to be one of the greatest decathletes of all time.