The International Study Centre at Kent College offers English language programmes that give students the English that they need to join the mainstream British academic curriculum and take relevant English examinations for entry to university in the UK and other countries.

The ISC aims to provide an environment in which all students gain the confidence to access the curriculum, to participate fully in school life and to be the best they can be. The centre is highly successful in meeting its aims as pupils clearly benefit from their experience of English language learning in programmes that are designed to match their needs. Overall, the progress and results of ISC pupils are very good in both their English language lessons and their other subjects across the Senior School. Most students will move on to take degree courses at top UK universities or at leading universities around the world. 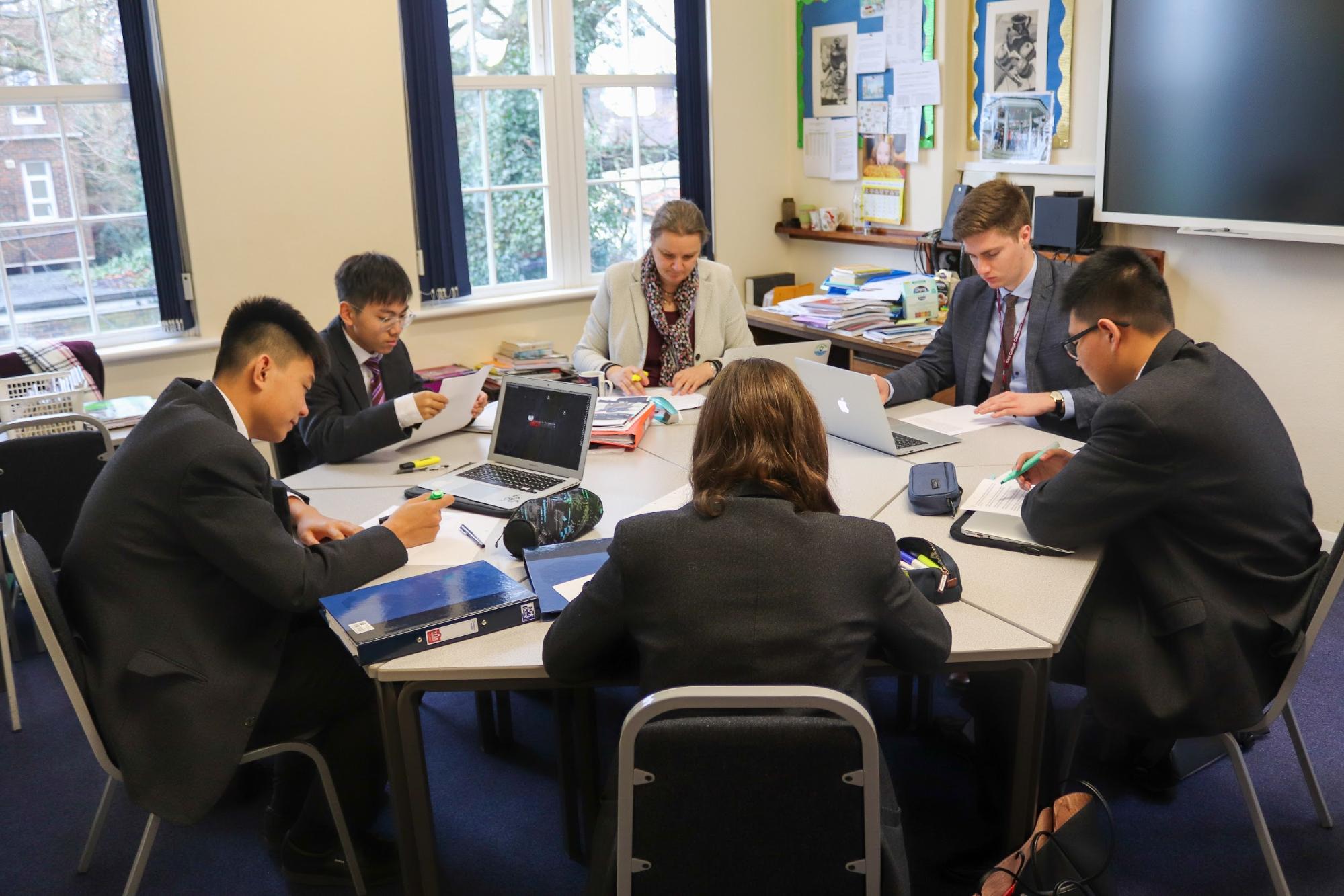 ISC class sizes are very small and lessons are taught by teachers that are highly experienced in teaching English as an Additional Language. The average class size is 6, which means that progress is very rapid, even for those pupils that have little English when they arrive at our school. One of the strengths of the ISC at Kent College is that it offers bespoke timetabling for all its pupils. The bespoke timetables offer flexible English language courses, including intensive programmes, examination courses and phased access to mainstream subjects.

ISC pupils indicate that they greatly value the support they get to develop specific language skills they need to succeed in their other subjects. The bespoke timetabling means that we can often meet the pupils’ subject choices.

ISC pupils are enthusiastic and committed learners that enjoy full integration into tutor groups, sports and the co-curricular activity programme. Most ISC pupils are boarders in one of the five boarding houses on the Senior School site. While over 350 of our students are from local British families, our 200 strong boarding community provides a home away from home for students from up to 40 different nationalities around the world. English is expected to be spoken in all areas of the school and if pupils share a room with another student, they will most likely not be of the same nationality. This ensures that English will be their common language.

ISC pupils partake in Chapel and assembly services, are active at the school Farm and act as school Prefects as well as student Heads of House for Boarding. Plenty of opportunities to develop key leadership skills, and other skills!

Preparing for the future - ISC Examinations

The ISC prepares international students for British examinations, such as IGCSE ESL in Years 10 and 11 and IB English B in Years 12 and 13. Depending on the level of English, preparation classes or bespoke 1:1 programmes are available for the Cambridge PET, FCE, and CAE examinations. These English language certificates are very useful if the student wishes to go on to study at an English speaking university (in the UK or abroad) and needs to have evidence of the level of English. Many international KC students in Sixth Form are prepared for the IELTS exam as they often require a certain IELTS score to enter the university programme of their choice. ISC students often achieve grades that strengthen their university applications.

Extra support is offered in the form of our weekly Academic 'drop-in' clinic and our weekly Speaking clinic, where pupils can get individual help as and when needed.

Each year the ISC organises several educational and cultural trips for ISC students, including trips to Leeds Castle and The Canterbury Tales. 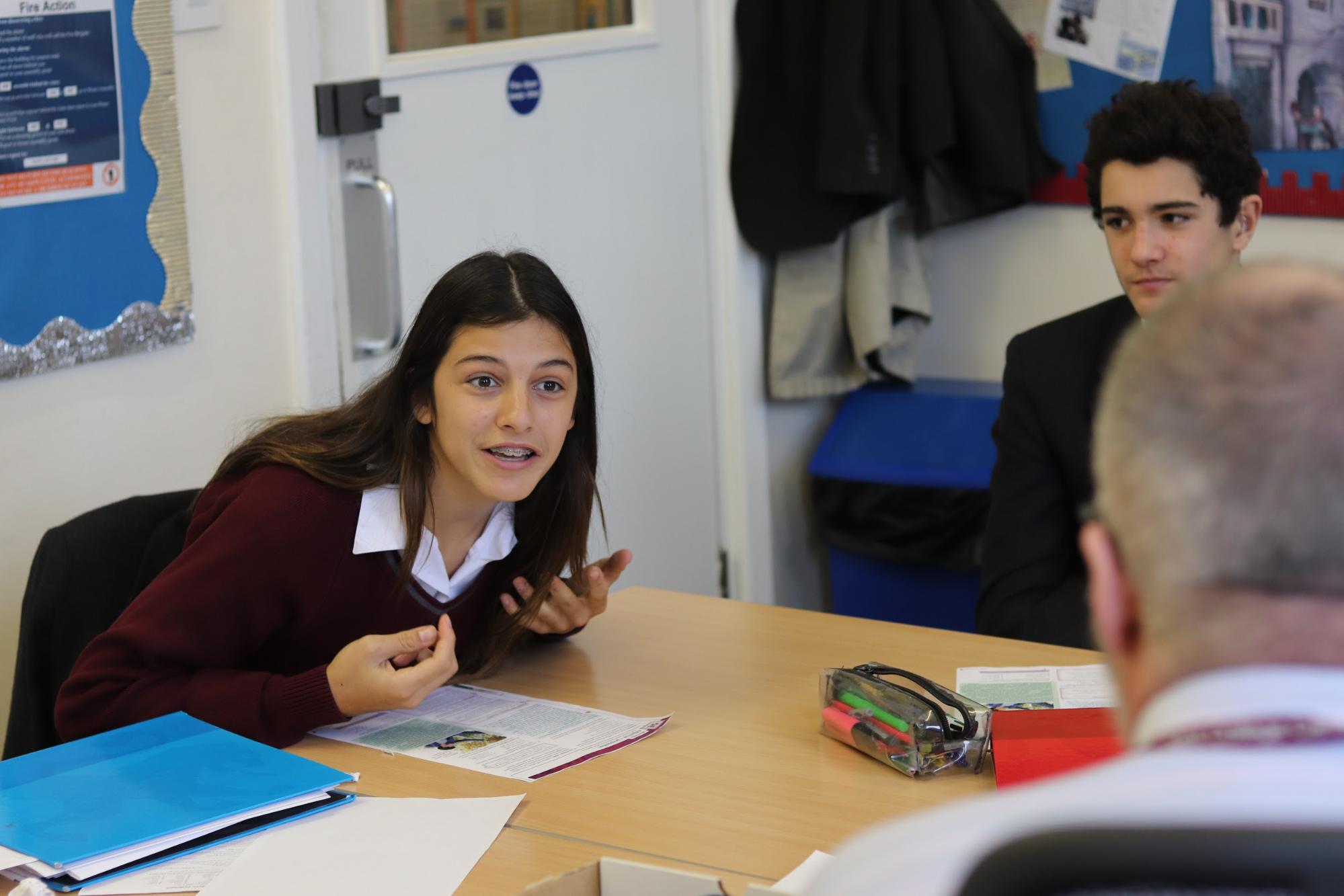 Illya arrived at the school and entered year 9. Having a low overall English ability meant he was supported in the ISC with cross-curricular help, as well as attending English lessons with us in place of taking a Modern Foreign language. In years 10 and 11 he took a full range of GCSEs and passed the International GCSE English as a Second Language. He progressed to the 6th form and studied Government and Politics, History, Business Studies, German and Geography at A level. He went on to study International Relations at Brunel University and is currently studying for a Masters in Russian Politics and Post Soviet Union Territories at UCL, London. Illya considers his time at Kent College to have been formative and believes that the support he received was a key factor in reaching his potential. 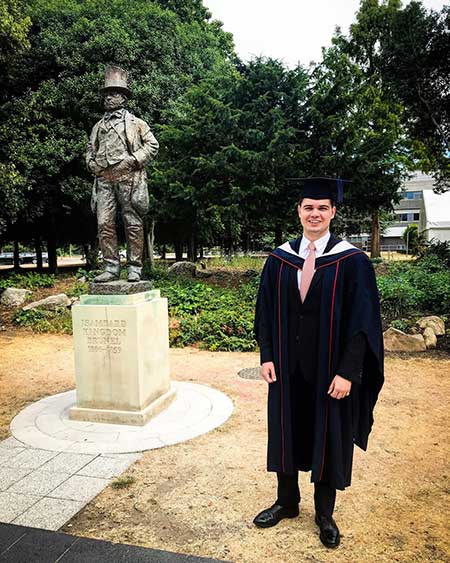 Herman joined the school in year 10 and studied for his International GCSE English as a Second language in the ISC while taking a range of GCSE subjects. He chose Art, Design Technology, Physics and Mathematics at A level and he joined the IELTS classes run by the ISC, achieving the entry requirements for Edinburgh University, where he went on to study Architecture. Herman is now studying for a Masters degree in Game Design at University of the Arts London. 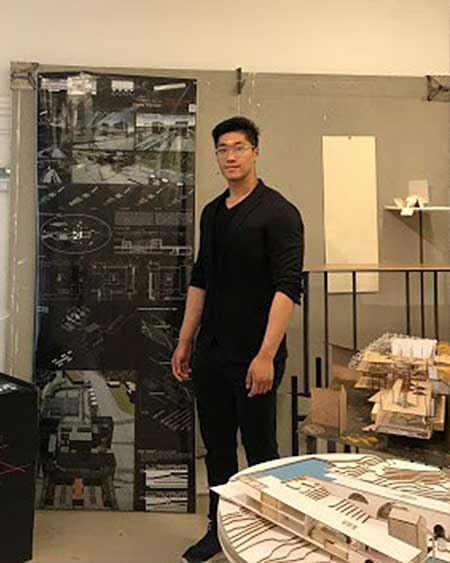 Carven and Amber from Taiwan

Carven joined the School in Year 7. He is dyslexic, which gave him an added challenge when learning English, but he achieved a good set of GCSEs before leaving to study Art at Canterbury College. He went on to obtain a Master’s Degree in Interior Design at Brighton University, gaining a Distinction. Carven came back to Kent College for a time as an Assistant House Master before settling in Canterbury and becoming a UK citizen. He has many fond memories of Kent College, from playing Rugby and Hockey for the School to the camaraderie of the Boarding House, to the warm family atmosphere of the ISC, which became a second home for him. He feels that it gave him the support he needed to live in the UK, not only in terms of the language acquisition but also in the social skills that he gained.

Amber joined the school in the middle of Year 9, in preparation for joining the IGCSE course in Year 10. She received ongoing language support throughout her years at Kent College, with targeted cross-curricular support provided by the ISC. She went on to study IT at Kent University, followed by a degree in Computing at Canterbury Christchurch University. Amber and Carven are now hoping to set up their own business together. 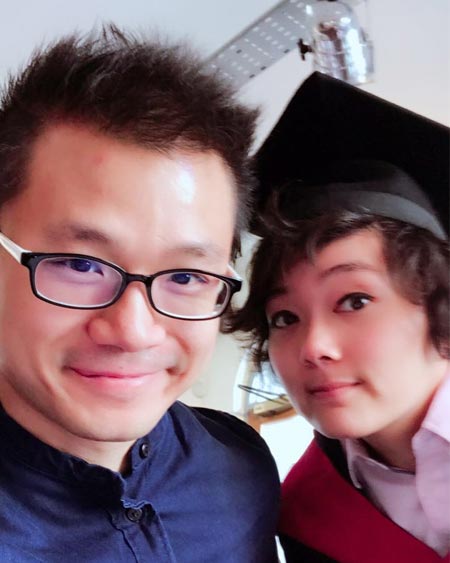 Moritz had a fair level of English when he started his GCSE course in year 10, but Writing was an area where he needed much help. He successfully completed his GCSEs, including a good pass in the IGCSE English as a Second Language and entered the IB stream in 6th form. He gained a high overall score for his IB which has allowed him to study Medicine at the University of Budapest. He hopes to join his father’s Medical practice in the future. Moritz’s family have told us that one of the reasons he reached his academic goals was the extra help, targetted to his individual needs, provided by the ISC.

Kexin entered Kent College directly into year 11 where the challenge of completing her GCSE studies in one year both appealed to her motivated personality and fitted her academic profile. She worked extremely hard throughout her time at the school and reached her goal of studying at a top London university. She achieved a good grade at IGCSE English as a Second Language and went on to specialise in Maths, Further Maths and Economics at A-Level. She gained a 6.5 average for IELTS in year 12 and went on to receive AAA for her core A-levels, allowing her to study Statistics and Management at UCL in London.

Meet the Head of the ISC.. 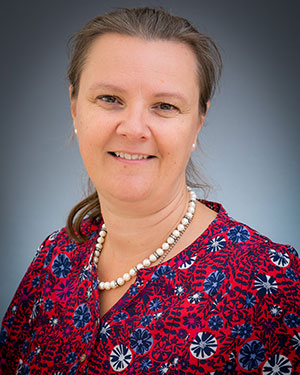 Ms Velthoven is Head of the International Study Centre at Kent College. She is a passionate, student-centred educator, continually seeking to improve English language learning and to help students to excel.

Ms Velthoven leads a team of qualified and enthusiastic EAL teachers who have many years of experience teaching international students English and helping them to reach their full potential.

She is a versatile teacher, having earned a BA in Philosophy and an MA in English/American Studies from the University of Nijmegen in the Netherlands before moving on to postgraduate studies at St Louis University in the USA. Upon returning to Europe, she gained an LLM and a PGCE in English Language and Literature from the Free University of Amsterdam.

Since heading the International Study Centre and becoming a Senior Leader at Kent College, Ms Velthoven has been awarded the National Professional Qualification for Headship (NPQH) and has used her expertise in the EAL field to set up an International Study Centre at another school in the MIST group. Ms Velthoven has a special interest in Cambridge Assessment English certificate programmes (FCE, CAE and CPE) and in specialised English language courses, such as Legal English, Business English and Medical English.