Italian, like French, Spanish, Portuguese, Romania and Catalan, is a romance language who has its roots in Latin. Italian is the official language of Italy and parts of Switzerland (Republic and Canton of Ticino) but there are also several Italian-speaking minority communities across the world, such as in Malta, Eritrea, Libya, Somalia, Croatia and Slovenia, and some expatriate communities in the US, the UK, Canada, Brazil, Argentina and Australia. At Kent College, Italian as a Foreign Language is offered at GCSE and A Level, while for native speakers, the IB Italian Language A literature course fulfils a key requirement for Italian university entrance, and represents an excellent path for those interested in Humanities.

CONNECT: The most important life-skill for a human being is communication - and the most essential tool for communication is language! Language learning is not only about the mechanics of contemporary vocabulary and structures, but also involves the fascinating study of culture, politics, history and literature. 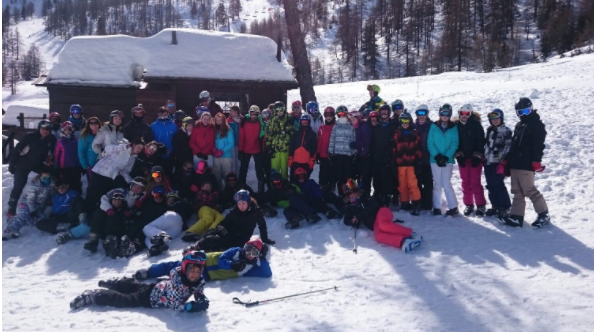 CAREER: People with foreign language skills have a marked advantage in the job market and a greater earning potential than their mono-lingual counterparts. It is a little known fact that after medicine, graduates with a modern language as part of their degree have the highest rate of employment!

CULTURE: In the Languages department at Kent College, we aim to make every pupil’s experience of learning the language a memorable one. From taking part in clubs and theatre workshops to travelling abroad and experiencing language immersion trips and visits, the dynamic nature of the department keeps language learning alive, purposeful and stimulating.The staff within the department are caring and enthusiastic about their subject. We are fortunate to have native speakers including a well experienced foreign language assistant.

COMMUNITY: The four language departments at Kent College hugely benefit from the international atmosphere of our school. We have pupils from so many nationalities and this contact with European and overseas students encourages pupils to be part of the global community. They benefit from an insight into the culture of other countries and a better understanding between communities. This often allows them to form friends and practise their language skills “in situ” and gain confidence in expressing themselves in the Target Language (TL) . Our students can see the global relevance of MFL each day!

CONFIDENCE: Learning a language pushes you out of your comfort zone and so the sense of confidence and accomplishment when you are able to communicate with someone else in a different language is fantastic! Students learn to have a go, making mistakes is very much part of the journey, and they grow stronger from pushing themselves forward regardless. This resilience is a valuable skill that they can take into other areas of their lives.

The contents that students of Italian will vary according to the academic path chosen. If they decide to opt for the IB course Language A, they will study a wide range of “traditional” literary texts, such as novels, short stories, drama and poems, as well as new forms of textuality, such as graphic novels and songs. In this perspective, in addition to the study of the canonical authors, students will have an insight into the songwriters world, in particular with respect to the way they scattered literary allusions into their music and cited the influence of poetry and novelist on their lyrics, hence contributing to, and shading a light on, the complex relationship between their musical creations and the commonly named “high-literature”.

If students opt for the Italian as a Foreign Language Course, at GCSE level they will start studying Italian from scratch. By the end of the course, they should be able to communicate in Italian at a level between A2 and B1 of the Common European Framework of References for Languages (CEFR). Students will focus on the development of the all four linguistic skills (speaking, listening, reading and writing) and will also start building an awareness of the Italian culture. As to the A level course, students will further their knowledge of both Italian language and culture, moving to a higher degree of grammar complexity and enlarging their vocabulary, with the aim to achieve the level B2 of the CEFR; they will also learn how to analyse more complex literary and non literary texts, as well as movie, videoclips and new forms of textuality (e.g comics, songs and blogs).

Ability to communicate in Italian: 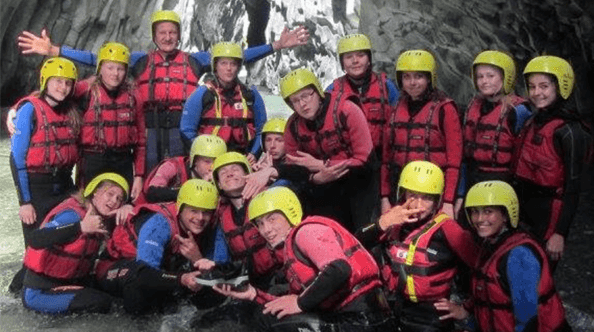 In the past years, students have been to the Italian Cultural Institute to attend lectures, conferences and movie presentations. Trips to Italy will be planned accordingly with the students’ learning needs and with the relevance to the syllabus.

Increasing globalisation and other socio-economic developments in Europe and beyond, make communication across national borders increasingly important, so people with foreign language skills have a marked advantage in the job market and a greater earning potential than their mono-lingual counterparts.

In this perspective, studying Italian offers an opportunity to move across a wide range of subjects and fields. For example, in the last Languages for the Future report, an investigation carried out by British Council to identify the foreign languages needed by the UK, Italian was ranked 6th. The UK Department for International Trade pointed out that “Italy is one of the UK’s closest trading partners and biggest export markets, and presents significant opportunities for UK businesses” adding that in 2018, “the total trade between the UK and Italy reached £44.5 billion in 2018, an increase of 3.4% from the previous year”.

The reasons behind this, probably lies in the role that Italy still plays in the global economy: Italy is today one of the top economies in the world, with many employers seeking people who speak Italian. Well known brands such as ArmanI, Ferrari, Lamborghini, Benetton, among many others, contribute to create what is so called Made in Italy, which is considered one of the best merchandise brands in the world and explains why studying Italian may open a door for a successful business career. Also, knowing Italian language is a valuable tool to earn a career in engineering, design, fashion and food industry, where brands such as Prada, Gucci, Barilla, Ferrero, Indesit, B&B Italia, Lamborghini, Fiat and Maserati, to name a few, are renowned worldwide for their top quality products.

For those passionate about classical music, Italian gives the opportunity to better appreciate Opera and enjoy the work of some of the most worldwide appreciated musicians, such as Verdi, Rossini, Bellini, Donizetti, Puccini and Mozart (yes, many of his opera’s masterpieces were composed in Italian, such as Don Giovanni, Le nozze di Figaro, CosÌ fan tutte, among others). That is the reason why, not surprisingly, many professional singers consider knowing Italian as an essential skill of their job.

Another good reason for studying Italian may be an interest in Art, Classics and Ancient History. Italy has the highest number of Unesco heritage sites in the world (55), and it is home to some of the most universally appreciated museums, such as the Vatican Museums (Rome), or the Uffizi and Villa I Tatti, The Harvard University Center for Italian Renaissance Studies (both located in Florence).

As to Classics and Ancient History, for anyone interested in Latin nothing would be more rewarding than going to Pompei or Rome to study, on the spot, the language and the culture of one of the biggest western civilizations ever; in addition, the archeological sites of Segesta, Siracusa and Agrigento Temple Valley, will be an essential destination for those interested in ancient Greek language and culture. In this perspective, knowing Italian will also give the students the chance to access a wide range of academic articles, as well as to attend Italian universities such as Roma “La Sapienza” and Pisa “Scuola Normale Superiore”, which in the field of Classics and Ancient History are among the best in the world (“La Sapienza” was ranked first in 2019 and second in 2020). 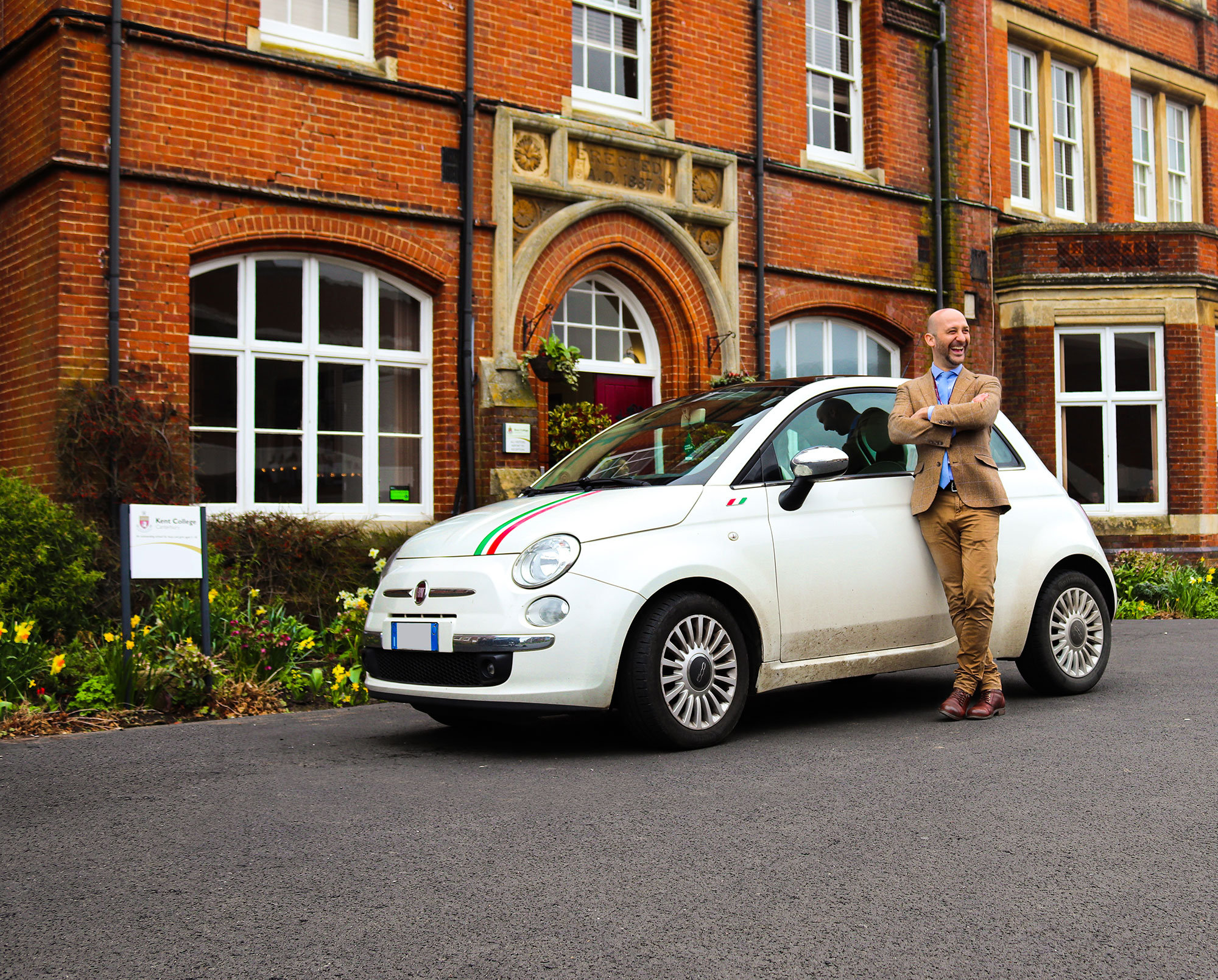